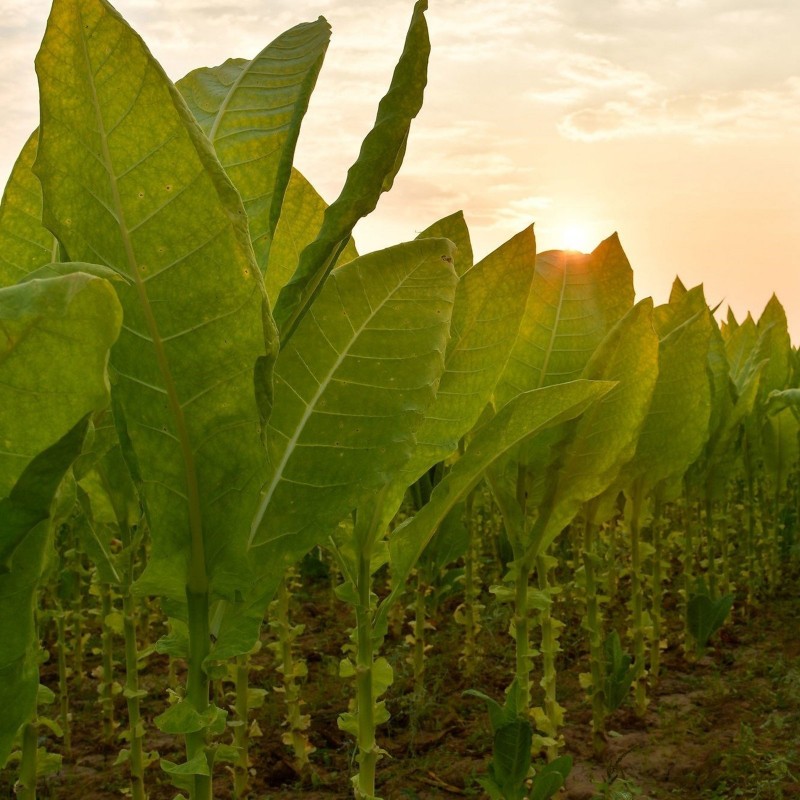 The characteristic taste of Latakia, often called "horse stable aroma 'is characterized less by the variety of properties rather than the type of drying. This was originally Würztabak dried in the sun a few days and then smoked in some way by the leaves was hung over the hearth fire of the small farmers. Today it is smoked over hardwood fires. But even with conventional air or sun drying it contains an interesting variety, very aromatic note

Seeds should be surface sown in fertile, well-draining loam in full sun.  The soil should be deeply tilled.  They are best off being direct sown after any danger of frost or sown in trofts outside and transplanted to the ground when about two inches tall.  They can also be started indoors for an early start.  This also helps prevent them from being carried away by the wind or water.  Tabacum is considered a perennial in warmer climates, but can be grown elsewhere as an annual.  Thin plants to about two feet apart, and cut off the flowering tops to increase leaf size.  Flowering requires 14 hours of daylight to begin.  Remove dead flowers to encourage new ones to emerge. Regular fertilization is recommended.  Germination typically takes 10-20 days.
D 9
13 Itens