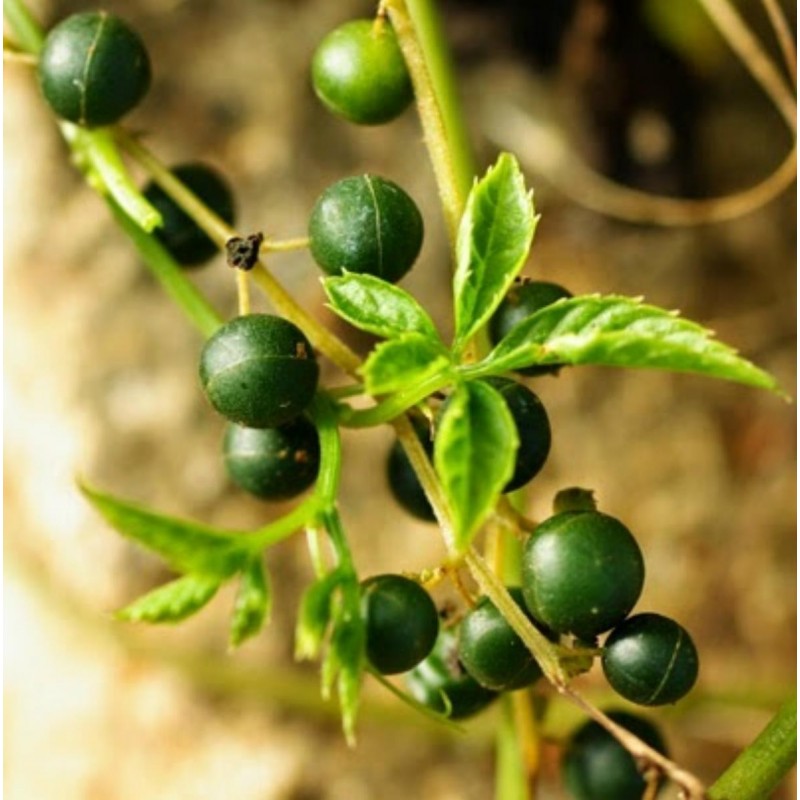 Jiaogulan is best known as an herbal medicine reputed to have powerful antioxidant and adaptogenic effects purported to increase longevity.

Pharmacological research has indicated a number of therapeutic qualities of Jiaogulan, such as lowering cholesterol and high blood pressure, strengthening immunity, and inhibiting cancer growth.

Additionally, Jiaogulan contains THREE TIMES MORE effective compounds similar to those found in Panax ginseng which is known as one of the healthiest and most expensive plants on earth. So don't waste your money for expensive, and often even chemically treated herbs. Better buy some seeds and grow your own medicinal herbs, 100% organically!