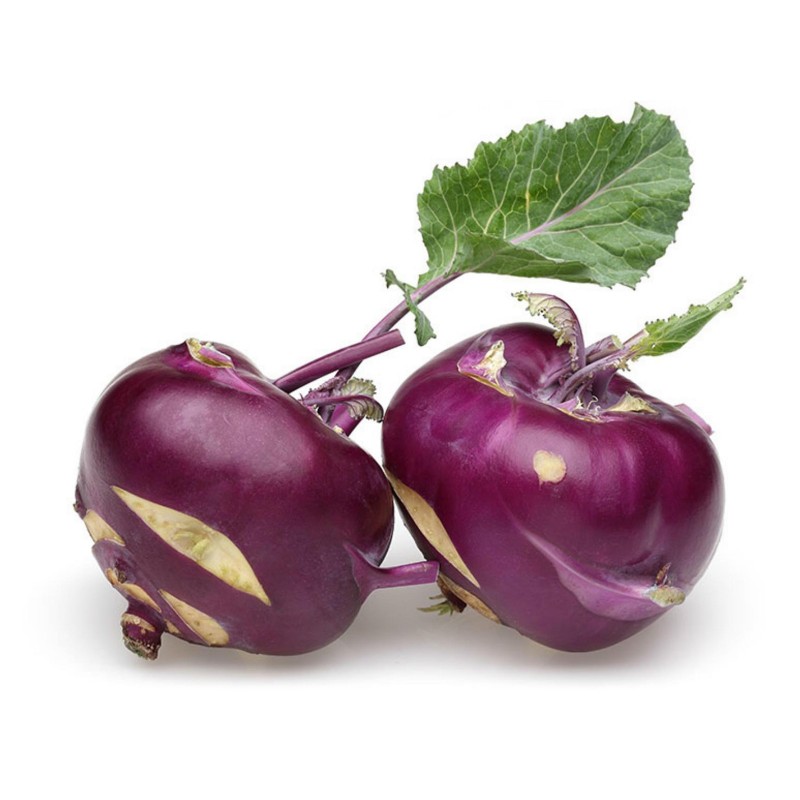 There are only two kohlrabies that I would recommend for the small garden, the Purple Vienna and the White Vienna. Both of these were considered “breakthrough” varieties since they were so superior to the sorts that had been grown

There are only two kohlrabies that I would recommend for the small garden, the Purple Vienna and the White Vienna. Both of these were considered “breakthrough” varieties since they were so superior to the sorts that had been grown up to the time of their introduction. They were illustrated in color. Album Vilmorin, the purple variety in 1863 and the white one in 1869, which only added to their acclaim. In 1773 Benjamin Franklin sent John Bartram seeds for a coarse variety of “Cabbage Turnip,” recommending it as a fodder crop for cattle. There are several old large-rooted varieties that would serve this purpose, but the two Vienna sorts, dating from the 1840s, are small and delicate. When young, they can even be eaten raw.

There is no difference between the two except in color. The purple one is shown here, at its peak of perfection for harvesting. The culture is the same as that for cabbage, except that kohlrabies can be planted much closer together, about 8 inches apart. I interplant them with leeks so that as the kohlrabies finish in June, the leeks grow and fill the space. Kohlrabies are best planted early, as soon as the threat of frost has passed. They mature quickly and will turn woody in hot weather. They can be planted again in mid-August for a fall harvest but should be gathered before a hard freeze. Freezing will split them.

Kohlrabies are normally peeled before they are cooked. They can be used like turnips, except that the flavor is much more delicate. But why waste the peelings? The Pennsylvania Dutch spread them on paper and dry them. Once dry, they can be stored in airtight jars and used during the winter to make soup. Certainly! Pour boiling water over the dried peelings and let them reconstitute. Simmer until the stock is completely flavored by the kohlrabi peels (about 25 minutes), then strain and discard the peels. This makes an excellent base stock for vegetarian soups.