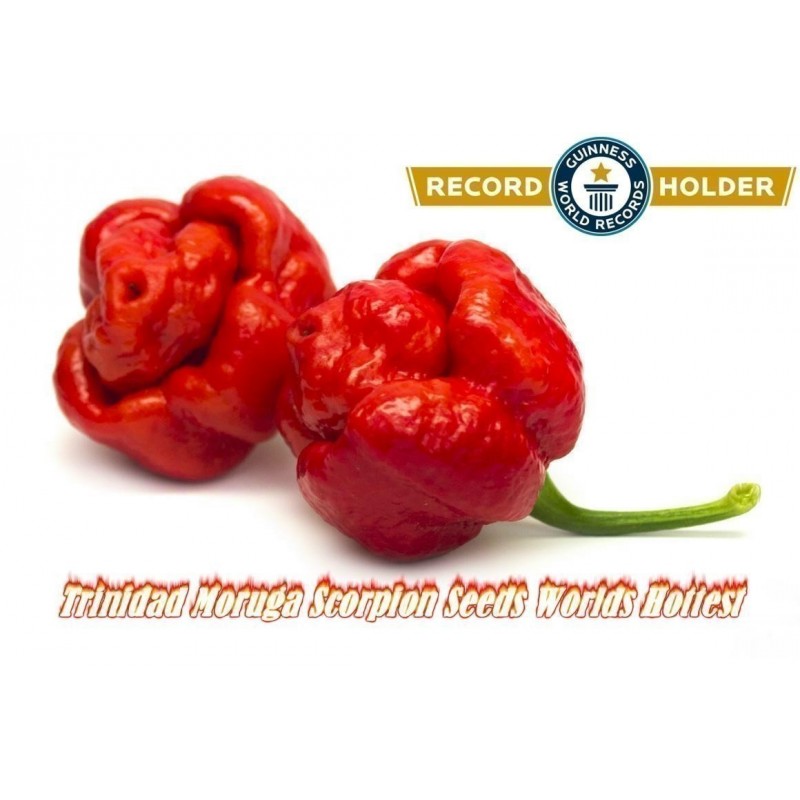 The Trinidad Moruga Scorpion (Capsicum Chinense), endemic to the district of Moruga in Trinidad and Tobago, is currently the world's hottest Chili pepper cultivar.

As you can see yourself from our photos, that the seeds are from our own plants (organically grown) and you know what you will get from the seeds you buy from us...

The golf ball-sized chili pepper scored the highest among a handful of chili cultivars reputed to be among the hottest in the world. Its mean heat topped more than 1.2 million units on the Scoville heat scale, while fruits from some individual plants reached 2 million heat units.

Leaving out the heat the Moruga Scorpion has a tender fruitlike flavor, which makes it a unique sweet-hot combination.