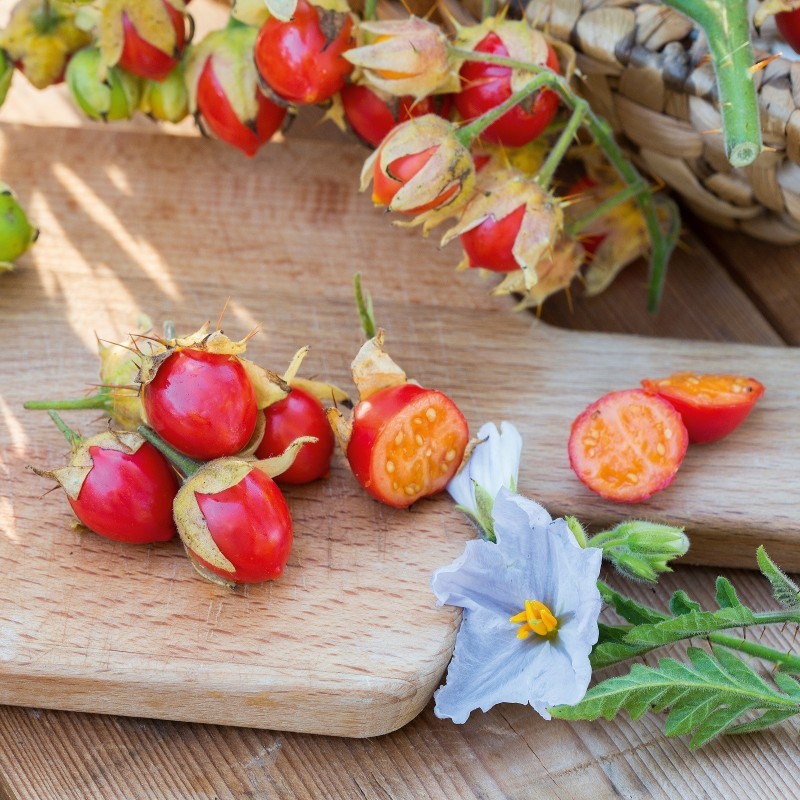 Solanum sisymbriifolium is commonly known as Sticky Nightshade, the Fire-and-Ice plant, Litchi Tomato, or Morelle de Balbis. The small edible fruits are red on the outside and yellow inside. It grows inside a husk (like the tomatillo) which burst open when the fruit ripens. The flavor resembles sour cherries and a little bit like a tomato.
This plant has been used as a trap crop to protect potatoes from potato cyst nematode. The stems and leave contain solasodine which makes the plant very resistant to many pests and diseases, with the exception of potato beetles and tomato worms. It can also be used as a hedge plant to keep animals out of a garden, because it is covered with prickles (erroneously called thorns).
http://www.youtube.com/watch?v=XwpqTSclm1w&feature=youtu.be
http://www.youtube.com/watch?v=xno33FRN4j8&feature=youtu.be
P 131 S
1033 Items