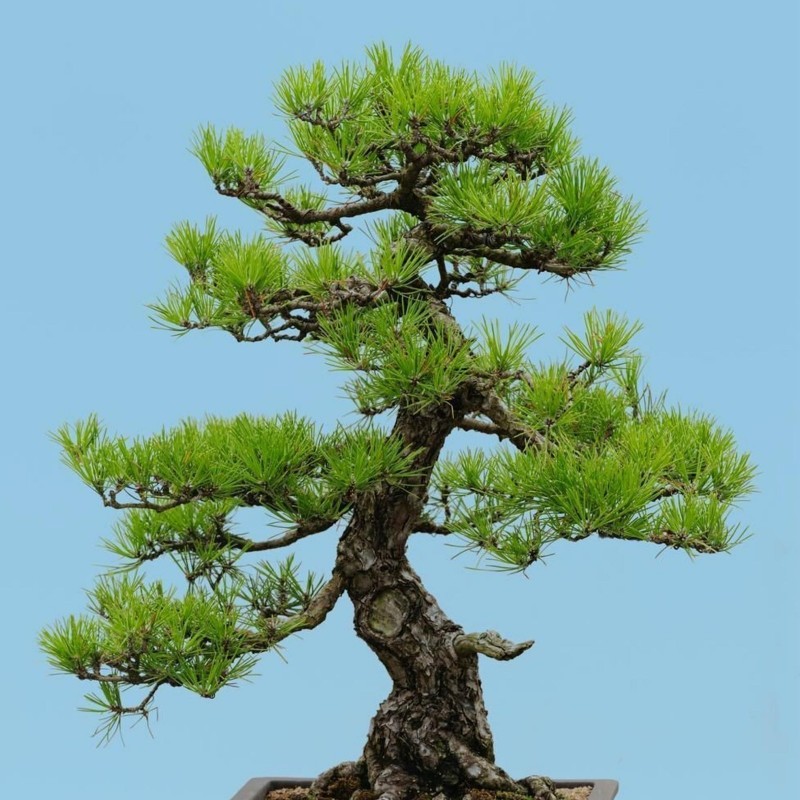 The Japanese Red Pine (also called "Korean Red Pine") (Pinus densiflora) has a home range that includes Japan, Korea, northeastern China (Heilongjiang, Jilin, Liaoning, Shandong) and the extreme southeast of Russia (southern Primorsky Krai). This pine has become a popular ornamental and has several cultivars, but in the winter it becomes yellowish. The height of this tree is 20–35 m. The Japanese red pine prefers full sun on well-drained, slightly acidic soil.
The leaves are needle-like, 8–12 cm long, with two per fascicle. The cones are 4–7 cm long. It is closely related to Scots Pine, differing in the longer, slenderer leaves which are mid green without the glaucous-blue tone of Scots Pine.
In Japan it is known as Akamatsu (赤松 literally "red pine"?) and Mematsu. It is widely cultivated in Japan both for timber production and as an ornamental tree, and plays an important part in the classic Japanese garden. Numerous cultivars have been selected, including the variegated semi-dwarf 'Oculus Draconis', the pendulous, often contorted 'Pendula' and the multi-trunked 'Umbraculifera' (Japanese 多形松,Tagyoushou, sometimes spelled as 'Tanyosho').
http://en.wikipedia.org/wiki/Japanese_Red_Pine
T 8